Local 804 members celebrate three Horsehead Legends who retired in 2019 after years of service to our union. 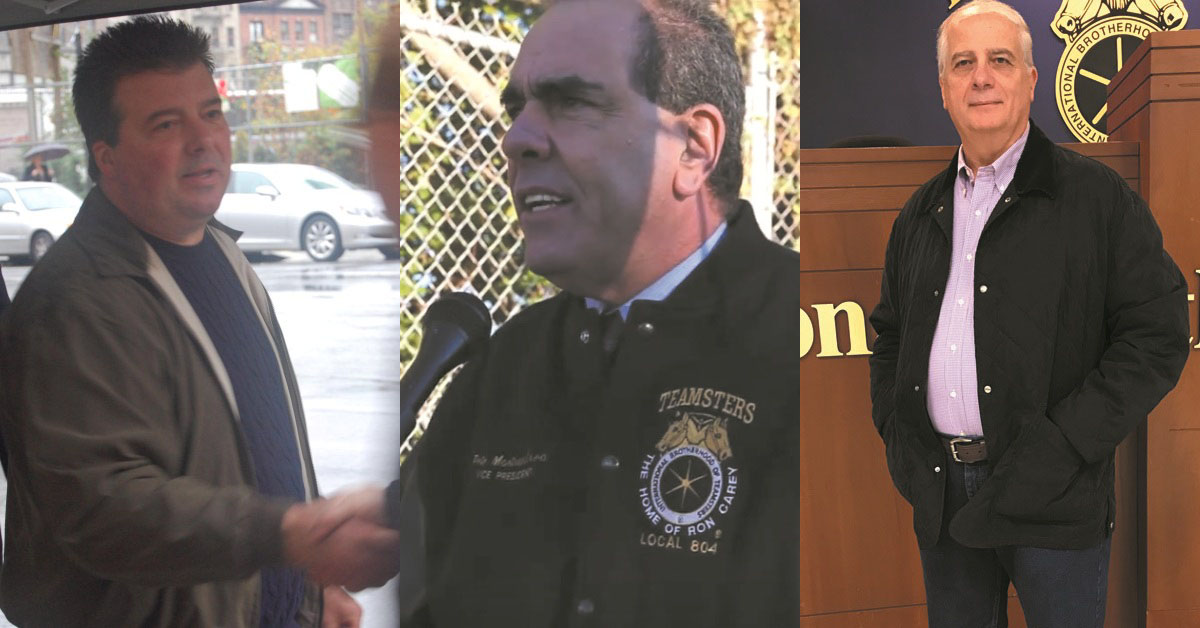 Jim Reynolds began his Teamster career in 1980 and quickly became an influential leader. Jim was a steward and one of Ron Carey's biggest supporters for many years. When Jim was elected Secretary-Treasurer in 2009, he immediately got to work saving the union's pension and health funds. Along with Tim Sylvester and Pete Mastrandrea, Jim was able to not only shore up those funds but to oversee their growth towards today's unprecedented levels. Jim's devotion to the members will be appreciated for decades to come.

After a 40-year Teamster career, Pete Mastrandrea has retired to sunny Florida. Pete was a long time steward who was handpicked by Ron Carey to serve as a Trustee in corrupt locals as Ron began the herculean task of cleaning up Teamster corruption. From 2010 to 2016, Pete served as Vice President of the local and helped to save and rebuild the union's funds. Pete served as a Trustee on the funds, represented over 700 Teamsters at UPS and Eppendorf, helped to craft the 2013 contract, and was still the first guy to jump in and help his team at the hall. Somehow, despite this workload, Pete was always quick with a smile or a laugh. A great guy and a great Teamster, Pete will be sorely missed.

Angelo Guarella is a 40-year Teamster who devoted most of his adult life to the union. Angelo was a long-time shop steward, who then served for 12 years as part of the 804 Board, first as a Business Agent and then as a Trustee. Though he is enjoying his retirement, Angelo is still just a phone call away and always ready to offer advice and help. He swore in the present Board at their first membership meeting and recently appeared with John Richiusa at the last meeting to promote America's Vet Dogs. Angelo is a shining example of what it means to be a Local 804 Teamster. Please join us in wishing these legendary horseheads a long and wonderful retirement.