Local 804 members have voted to ratify our new supplement by a 79 percent Yes vote. Members approved the contract by a vote of 1,724 to 441. 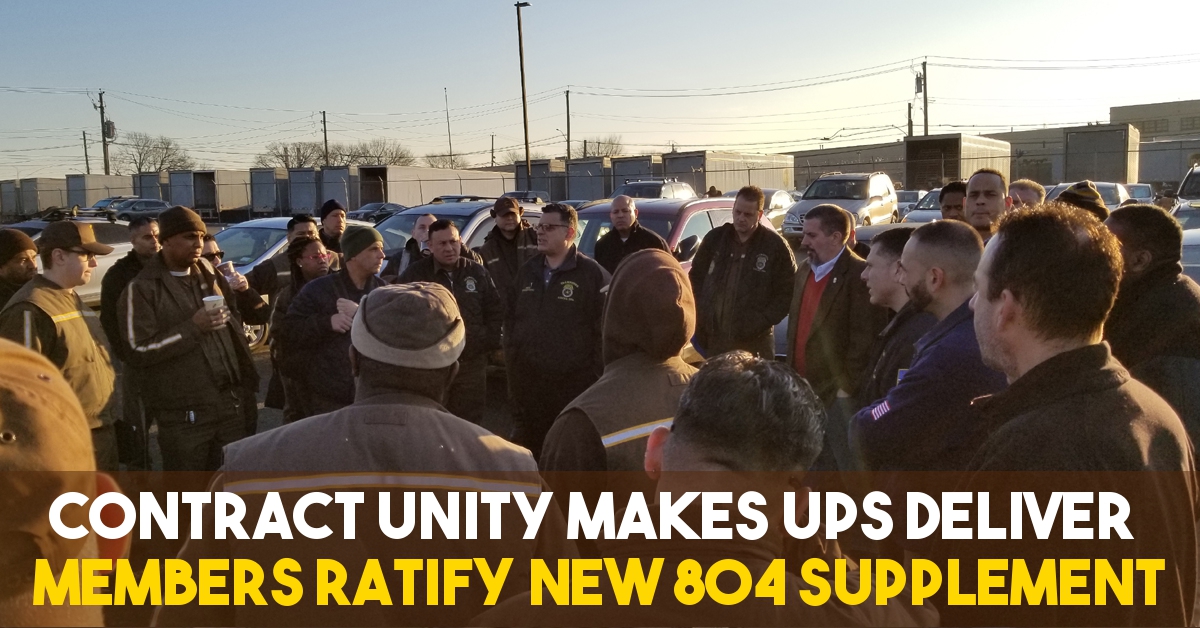 It’s a dramatic turnaround from the company’s first offer which members voted to reject by 95 percent.

The approved supplement delivers a $400 pension increase, creates 110 full-time 22.3 jobs, restores coffee pay for all drivers on January 1, 2021, strengthens members’ protections against false charges of dishonesty, and gives our union the power to expedite some contract violation cases.

None of these improvements were included in the company’s first offer. After the No Vote and local union election, our local went back to the bargaining table and won a better supplement.

Local 804 cannot override terms in the national contract, such as Article 22.4 drivers or part-time pay rates. We negotiated guidelines on how the company can implement 22.4 drivers.

The last remaining supplement to be completed is Metro Detroit Local 243. When that supplement is ratified, the national contract will go into effect and members will be issued their retro checks.

When the new contract goes into effect, Local 804 will be ready to enforce it.