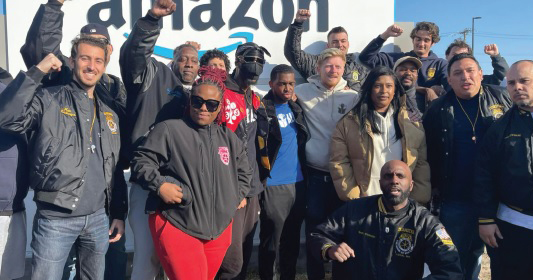 Six thousand Amazon workers won the first union election at an Amazon warehouse when they voted to join the Amazon Labor Union (ALU), an independent union, The Teamsters Union stands with them.

Local 804 members have rallied with Amazon workers in Staten Island, on May Day, and in Albany.

“There is no excuse for rewarding employers who repeatedly, knowingly, and purposefully violate federal labor laws, drive down wages and standards across the supply chain, including in core Teamster industries, and create dangerous working environments,” said O’Brien.

“Tell Amazon that enough is enough, and then show them you mean business. Don’t give this company, or any employer, another penny until the labor laws of this land are truly upheld and workers’ voices are finally heard.”

Two members of the Amazon Labor Union who were recently fired spoke at the Local 804 General Member-ship Meeting about Amazon’s retaliation against organizers and efforts to overturn the union vote.

Members raised thousands of dollars to help support these and other workers fighting their unjust firings. 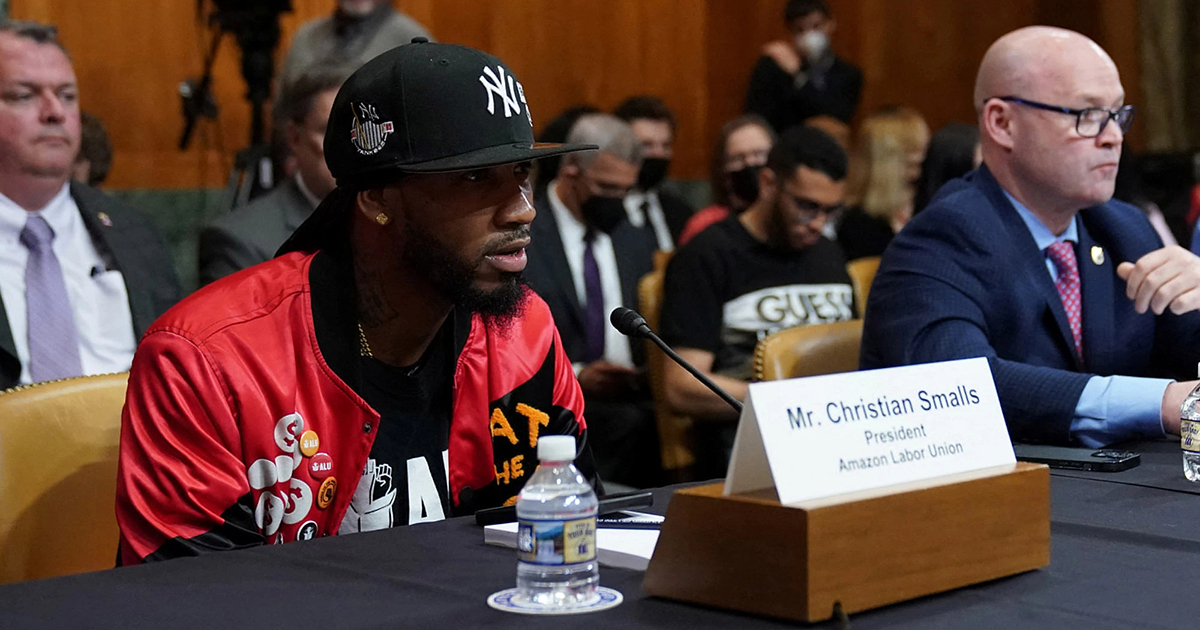 “I have made it a top priority for my administration as General President of the Teamsters Union to ensure that upcoming bargaining with UPS produces the strongest contract in the American labor movement,” said O’Brien.

“Amazon cannot be permitted to dictate working conditions and job quality in core Teamster industries. It is vital for the Teamsters to negotiate a strong contract to maintain industry standards that push Amazon to im-prove its business operations and labor practices.”

Local 804 members rallied in Albany with New Yorkers for a Fair Economy and other allies to press the New York State Assembly and Senate to pass legislation to hold Amazon accountable and protect warehouse and package delivery workers. 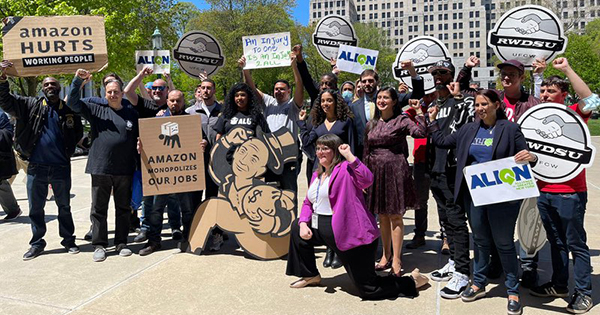 “Companies like Amazon put profits over workers and we are speaking up against that,” said shop steward Antoine Andrews.

The Warehouse Worker Protection Act would require companies with large warehouses to report productivity quotas and disciplinary actions against workers if those numbers are not reached. The 21st Century Antitrust Act stiffens penalties against large corporate monopolies and establishes new “abuse of dominance” guidelines to help protect workers and the public against corporate monopolies.

Legislators got a reality check about the heavy toll warehouse work takes on employees.

“They were pretty shocked by the stories we told. We definitely opened some eyes,” Andrews said.

Turning Up the Heat 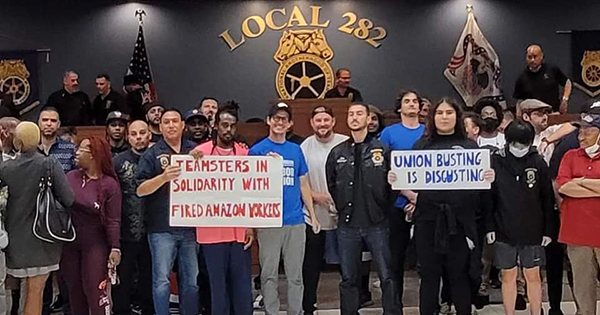 Anthony Rosario has been hired to work full-time as a Teamster Lead Organizer for the Amazon project in the Northeast.

“My job is to educate Teamsters about the Amazon threat and involve members in helping Amazon workers fight for change,” says Rosario.

“This battle has different fronts—the shopfloor, the political arena, community and environmental justice. We’ve got to hit Amazon from every angle to win a better future for Amazon workers and workers across the logistics industry.”

Local 804 members donated thousands of dollars to support members of the Amazon Labor Union who were fired in retaliation for union organizing.