Amazon workers in New York and Maryland shut down their jobs and walked out of work on March 16 in a coordinated action to demand higher wages. 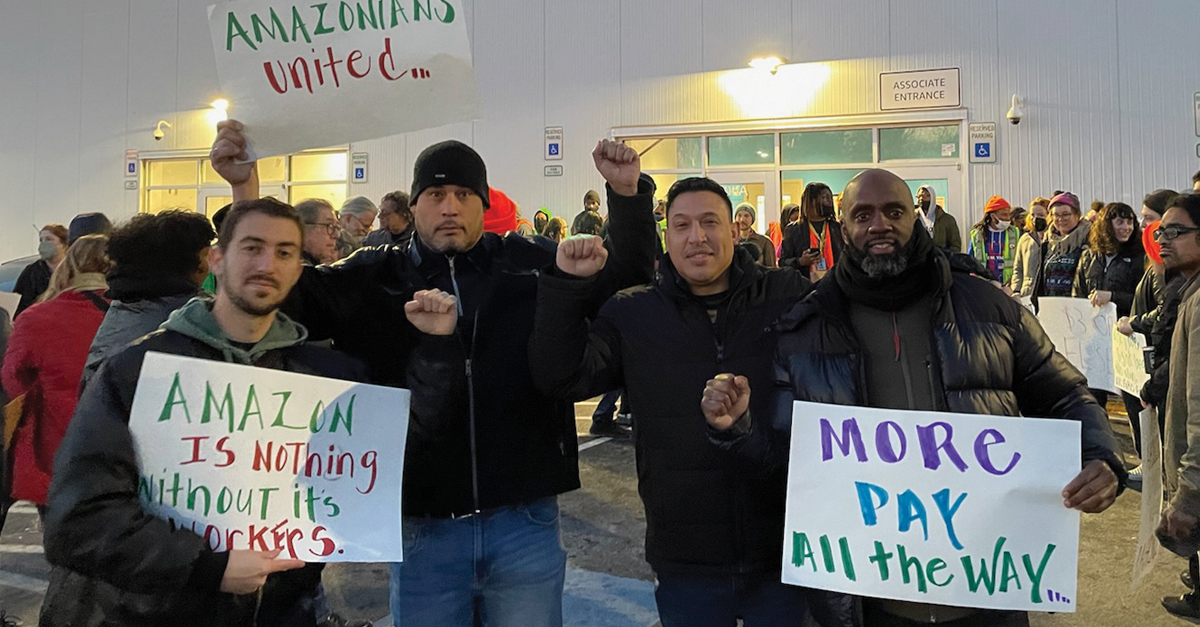 When the company refused, workers walked out. The actions were organized by Amazonians United, a grassroots network of Amazon workers.

Local 804 members rallied in solidarity with the Amazon workers in Long Island City and Maryland.

“It was great to be there in support and see their unity,” says Local 804 steward and volunteer Amazon organizer Anthony Rosario.

“They organized almost the entire shift to walk out, and they stayed out for the whole day.”

UPS workers are prohibited from striking while our contract is in effect. Amazon workers don’t have a union contract. That means fewer rights and lower pay and benefits.

But it also means Amazon workers have the right to strike and it is illegal for management to fire them for walking off the job if it’s part of a collective protest.

The Teamsters will be there to support Amazon workers in their fight to get what they deserve.