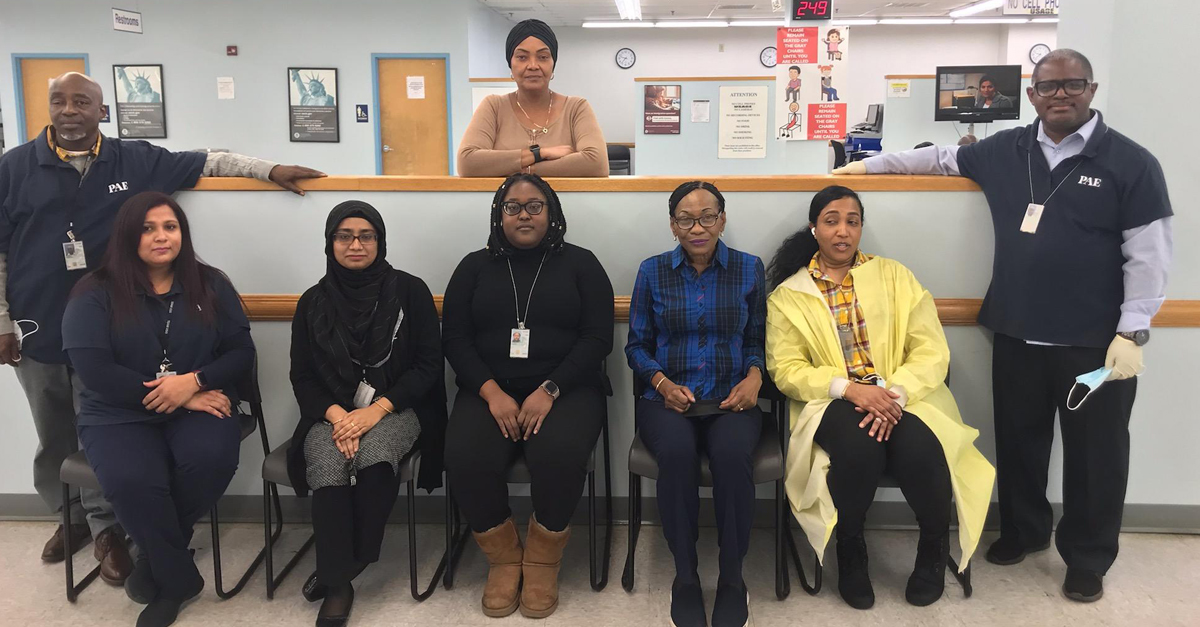 PAE Teamsters do fingerprinting as part of the U.S. Citizenship and Immigration process.

Members geared up early for negotiations by sitting down and talking with their union representatives, Tony Rosciglione and Josh Pomeranz, about their contract goals.

The company saw that the union was preparing for negotiations, organizing the members, and getting ready to fight for a strong contract.

“This is the third or fourth contract negotiation I’ve been a part of, and this is the best contract yet,” said Shop Steward Doranna Freeman.

PAE members won a 2-year contract with 3 percent raises each year. They won more money for benefits, two more sick days per year, and an extra week of vacation for the most senior members.

The union also got the company to agree to pay for 100 percent of uniform costs, water filtration for clean drinking water, and an additional paid floating holiday.

“There were some challenges, but we all came together to make change,” said Freeman. “We’re happy with the outcome. We got everything we asked for and zero givebacks.”