Amazon workers and the labor movement suffered a high-profile setback when the majority of the workers in Bessemer, Alabama voted against joining the Retail Wholesale and Department Store Workers Union (RWDSU). The loss shows the need for both labor law reform and organizing at a mass scale at the company. 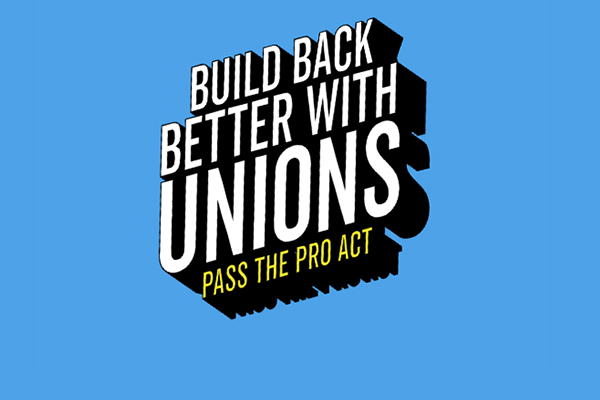 Amazon spent millions on an anti-union campaign. Management held captive audience meetings and even bribed workers with cash buyouts to get them to quit.

The defeat showed the clear limitations of trying to unionize through the broken NLRB process.

Teamsters and community groups are working together to support Amazon workers and build up their power and confidence to unionize and win their rights.

Teamsters and other unions are also working together to level the playing field with anti-union employers by reforming our country’s broken labor laws.

We are rallying behind the Protect the Right to Organize (PRO) Act—a law that make it easier for workers to organize by ending employer interference and intimidation in union drives.

The PRO Act has been passed by the House and has been introduced to the Senate.

What is the PRO Act?

The Protect the Right to Organize (PRO) Act would make it easier for workers to
organize.

The PRO Act would:

The PRO Act has been passed by the House and introduced into the Senate where it faces opposition from anti-labor politicians.