Local 804 has won major pension increases for our members, including a $300 increase in early retirement benefits. Effective January 1, 2023, the pensions for members who retire at 30-and-out and 25-at-55 will increase to $4,700 per month. 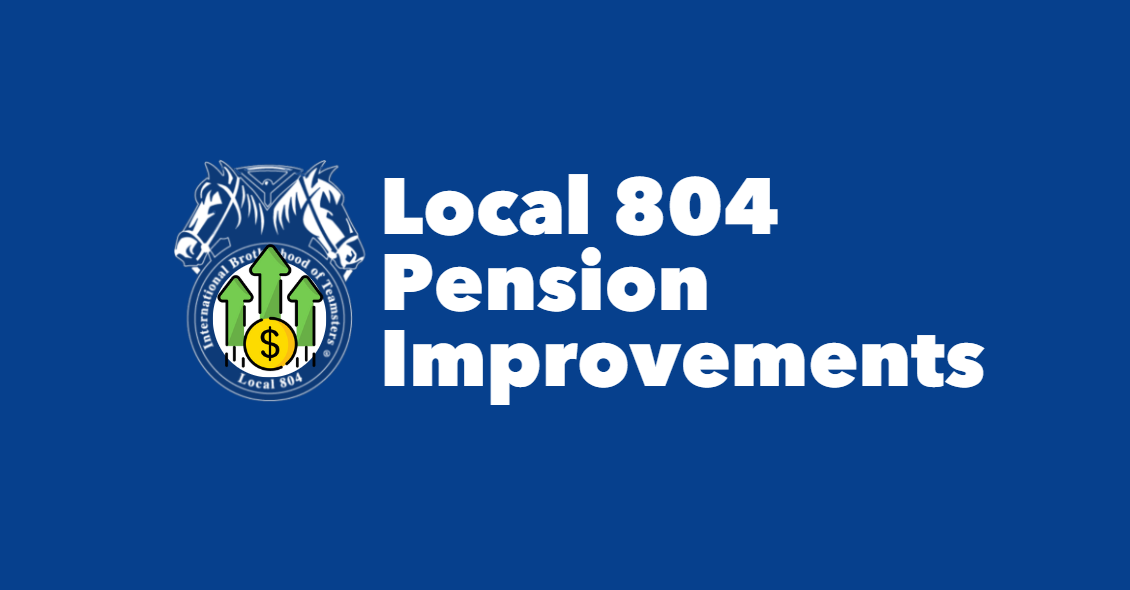 We also won an increase in the monthly accrual for regular pensions. The new accrual is $164 up from $144. A member who retires with 20 years of pension credit will get a $400/month increase in their pension as a result of this change.

All members who retire this year will also get these improvements starting January 1. The hours needed to earn a pension credit will be 1700 hours in 2023 and 1800 in 2024.

That’s not all. More pension increases should go into effect in 2025. The Trustees agreed that if the pension is projected to be at least 85% funded there will be an uncontested increase of up to $470 effective January 1, 2025.

The pension is currently 84.2% funded in a down market, and projected to be at least 90% funded with if the market continues to improve. These projections don’t even include the higher contributions that we will win in next year’s contract.

These improvements were approved by the Pension Fund which is jointly run by Local 804 and the company. Management and the union each appoint three Trustees to the Fund.

Local 804 Teamsters work hard over the course of their careers and they deserve a comfortable retirement.

Our union is committed to getting every benefit improvement while being fiscally responsible as fiduciaries.