December 11 marks the anniversary of the passing of Ron Carey, the great Local 804 President who took on the mob and UPS management, and was the first General President to be democratically elected by the members. 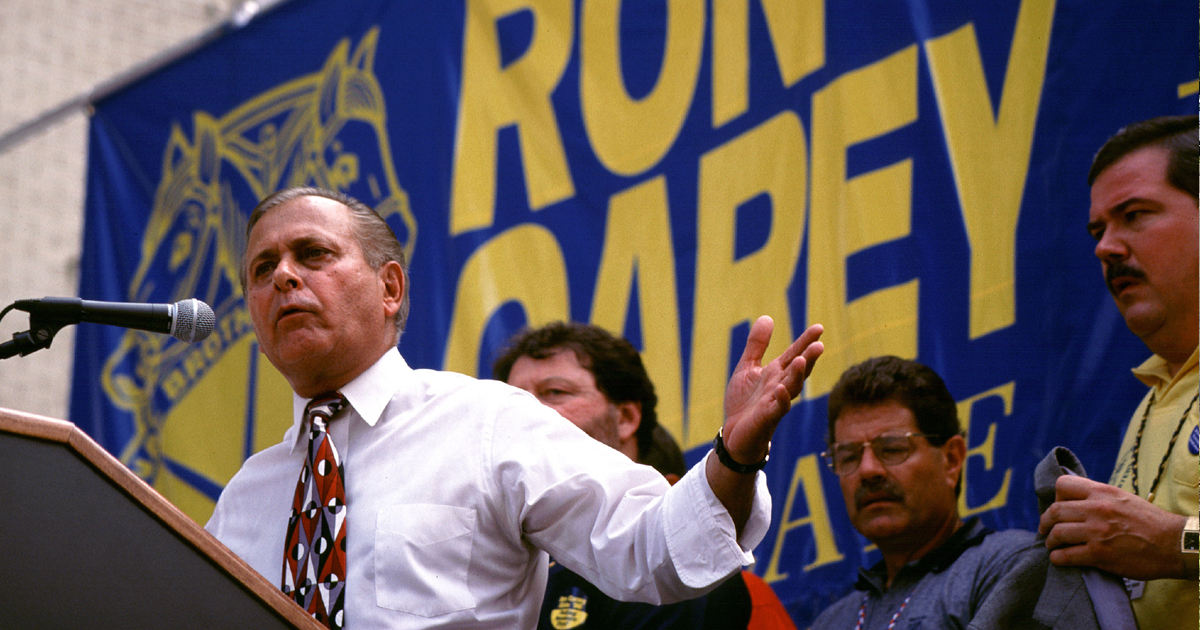 Carey first challenged mob rule and corrupt leadership in the Teamsters when in 1967 at the age of 32 he ran for president of Local 804 in New York and won an upset victory against an incumbent who had been dipping his hand into the union treasury.

UPS management tried to blackmail Carey into withdrawing from the campaign. That backfired. Carey taped their threats and played them for members.

As Local 804 President, Carey won strikes, and record pension improvements, including the first 25 & Out pension.

In 1991, Carey teamed up with Teamsters for a Democratic Union (TDU) and ran as the reform candidate for General President of our International Union. His grassroots campaign was seen as a long-shot. But Carey won and transformed our union.

Carey sold the union’s private jets and limos, cut his own salary, and removed dozens of leaders of local unions where corruption had taken root.

In, 1997, Carey led UPS Teamsters to victory in a two-week national strike. Under the slogan Part-Time America Won’t Work, the strike forced UPS to create 10,000 full-time 22.3 jobs for the first time.

It was labor’s biggest victory in a generation. Just days later, federal overseers moved to overturn Carey’s 1996 reelection and charged him with a complicated scheme to finance his reelection campaign.

Carey denied any knowledge of the scheme and four years later he was completely vindicated in federal court. By then, the damage was done. Carey’s ban was never lifted on his participation in the union.

Local 804 members remember Ron Carey as a visionary leader and a giant of the labor movement.

We celebrate his legacy and take it as a challenge to live up to.